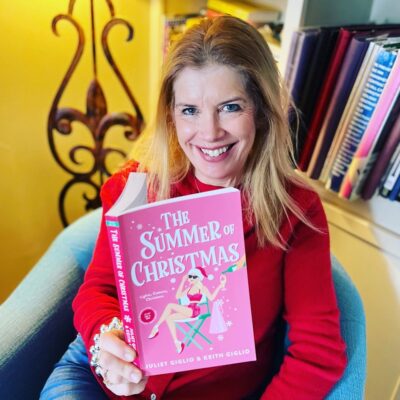 Juliet Aires Giglio ’84 believes we’re never too old to succeed at something new.

My experience at Dartmouth taught me the importance of staying fluid and saying yes to new opportunities. Because of English classes that I took at Dartmouth, I became a filmmaker and that led to my becoming a screenwriter. Three decades later I became a tenured professor and continued to write movies. Then another door opened and I became a novelist. Life is filled with surprises. The key is to remain open to all the possibilities.