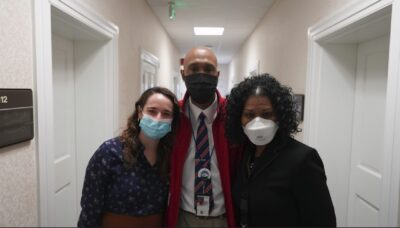 I had never felt a greater need for any other possession in my life than when I was 16 years old and spotted the new Nikon N65 camera at the MacDill Air Force Base’s BX/PX. A kind clerk allowed me to try it out. My fingers shook as I explored the knobs and settings. He inquired if I had prior experience with a camera. My father’s old Minolta, a 58mm f1.4 lens. It was the camera he used a few years ago to capture our family’s Fourth of July celebration at Base’s fairground, before he passed away in the nearby VA hospital from terminal cancer. This Nikon, the clerk said, would be a wise investment if I wanted to commit myself to learning the intricacies of photography. 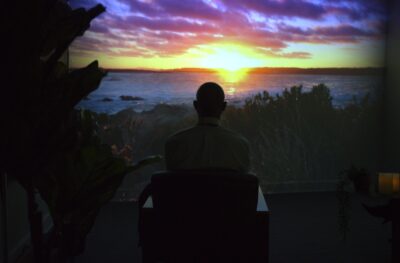 The price, however, was a major roadblock. At $350, it was more expensive than anything I owned. My mother and I were already on a very tight budget at home, she worked nights at a local telemarketing company in her native Spanish. After looking around, I found work a few nights a week as a cleaner in the laboratories of a company that developed flavors and aromas for soft drink beverages. There was something oddly comforting about the quiet evenings cleaning cubicles and lab floors – watching the light change through the office windows, the shadows casting dynamic patterns across the chemical equipment. The repetitive meditative-like mopping allowed me to be present to the undercurrent of grief that had no space between my demanding schoolwork and extracurriculars. When I came home around 10:00pm, I’d take out my notebook and sketch out the scenes I wanted to capture with the Nikon and estimate what shutter speed and aperture setting would fit.

Several months later, I had earned enough to make the purchase. I named her Charlie, after Charlie Nicholson, a female photographer in the novel High Fidelity. She came with me everywhere and took on the role of instigator– propelling me on adventures I’d be afraid to experience alone and acting like a de-facto permit allowing me access to document hidden pockets of life around me. When I got to Dartmouth, Charlie would wake me up early with the tantalizing promise of a Balch Hill hike in sunrise light and keep me up during late night shoots with friends around campus.

For my senior thesis, I chose to do a multidisciplinary project, a mixed-media story about the aftermath of a 2002 oil spill in Galicia, Spain that brought catastrophic destruction to the seaside and spiritual heart of the country. Finisterre, Spanish for end of the earth, is the final destination of the St James pilgrimage path. I traveled across the wild countryside photographing the people and region. A few questions drove me — in the face of a terrible ecological disaster, how did the landscape and its people heal over these years? How did a community, economically dependent on the region’s sea life, find resilience when their day-to-day purpose and source of income changed overnight?

Over time with soft spoken fisherman, welcoming inn and restaurant owners the answer revealed itself: through community and spiritual practice. Not only would they take care of each other, but they were met with a global community of young volunteers who set out on their own pilgrimage to help clean the oil-slicked beaches and rewild the sea.

Almost 15 years later, the spirit of Charlie and the existential questions that I explored at Dartmouth continue to be with me, closely, everyday. In 2019, I founded a design and technology studio dedicated to the research and development of immersive healing environments in hospitals to support the brain health and well-being of patients and caregivers. We film original content ourselves, in state parks and nature sanctuaries around the world. I spent a few weeks last Fall in the bird sanctuary of Comporta, Portugal, with Charlie’s granddaughter prying me awake at 5:00am every morning to capture the symphony of herons, flamingos and starlings awakening in the rice fields and cork forests. 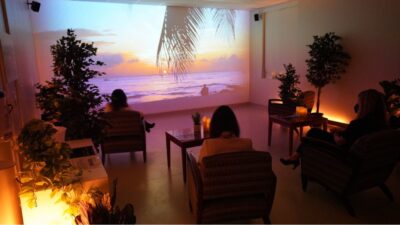 Since the pandemic, our studio has worked with hospitals across the nation to design and install our Recharge Rooms for their staff. In these spaces, healthcare workers come in with their teams to choose from a series of mixed-reality experiences developed to address stress, trauma and grief. We discovered a great resource and partner in Spiritual Care teams – Chaplains who sit with their colleagues and hold space for what comes up and are co-conspirators of new features of the program.

In Fall 2020, I received a call from a special team of chaplains at the VA Hampton hospital in Virginia who had a novel idea: could we pilot a room just for the environmental service team, those who were charged with keeping the hospital clean and safe, first? Many of them were at-risk veterans, additionally susceptible to the mental health issues impacting the workforce, but often were overlooked when society thought of ‘healthcare heroes’. It felt like my life and career coming full circle in the most unexpected way. Through the project, I’ve met remarkable veterans and learned about their healing journeys, paths that are never linear, but have profound depth. 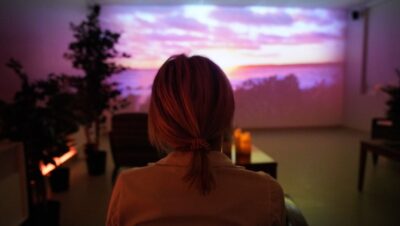 I think of purpose a lot these days as a song that is grippingly powerful, at once both a compass and an ever unlocking map. I know I heard the melody when I first saw Charlie at the Base PX and it became a vital life force propelling me. There are many days, if not years, when the noise of the rest of the world becomes so loud that I have trouble hearing the song and experience great disorientation, both in my life and career. Over the past few years, however, the song is the loudest I’ve known. I hear it everyday in my teammates and the clinicians, researchers, and patients I feel honored to work with. I hear it in the vulnerable moments of interaction I have with others in hospitals as we process this time period. I imagine it at times as a cosmic echo, a sober but beautiful reminder of what’s come before and what adventure awaits.